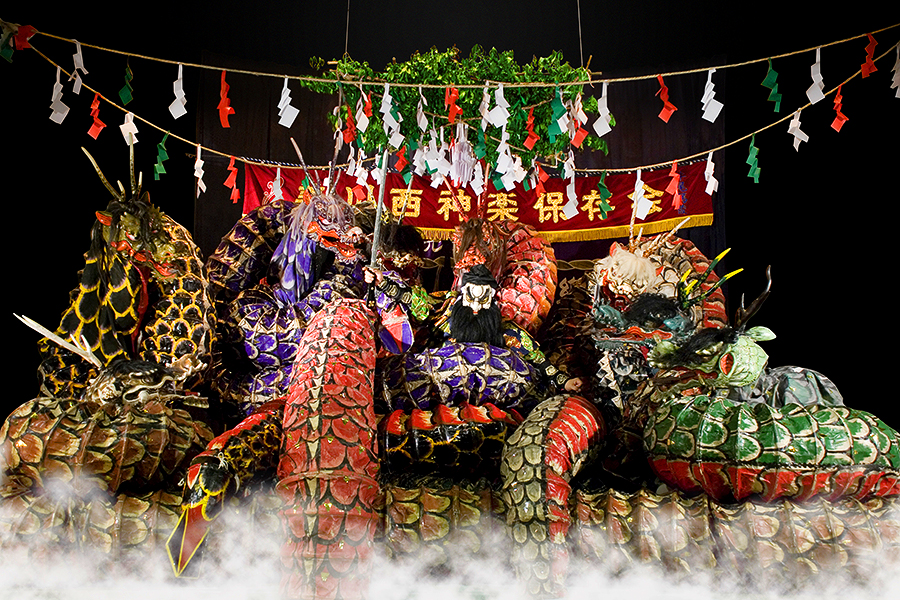 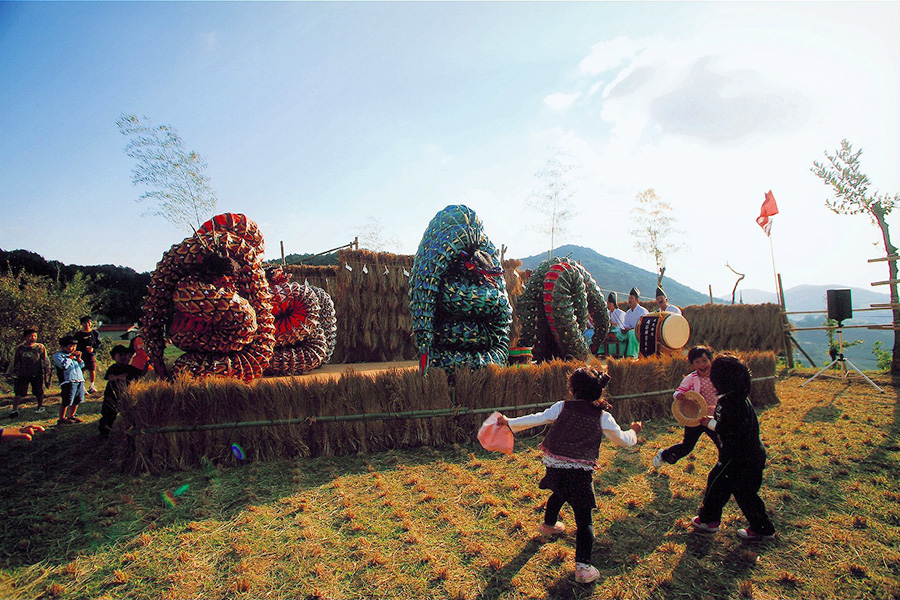 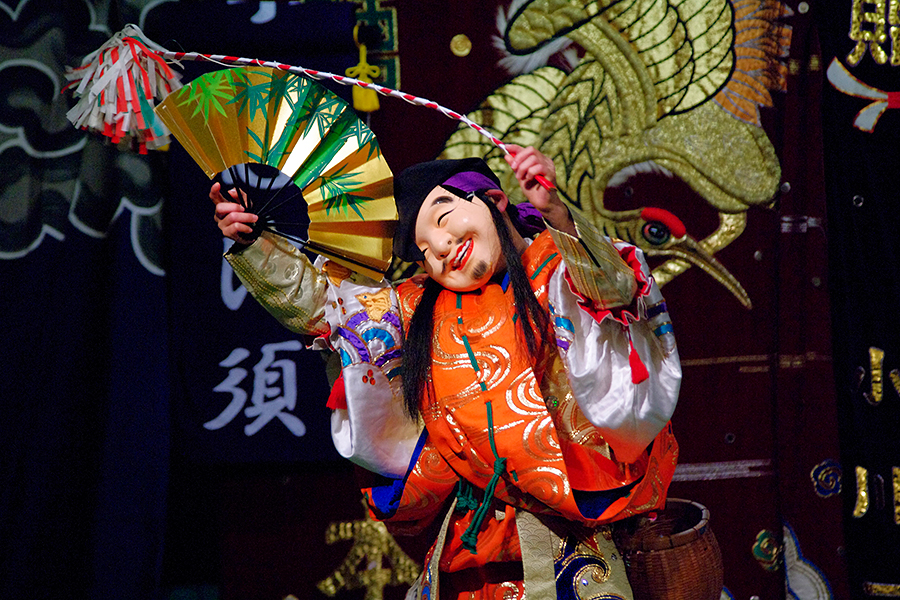 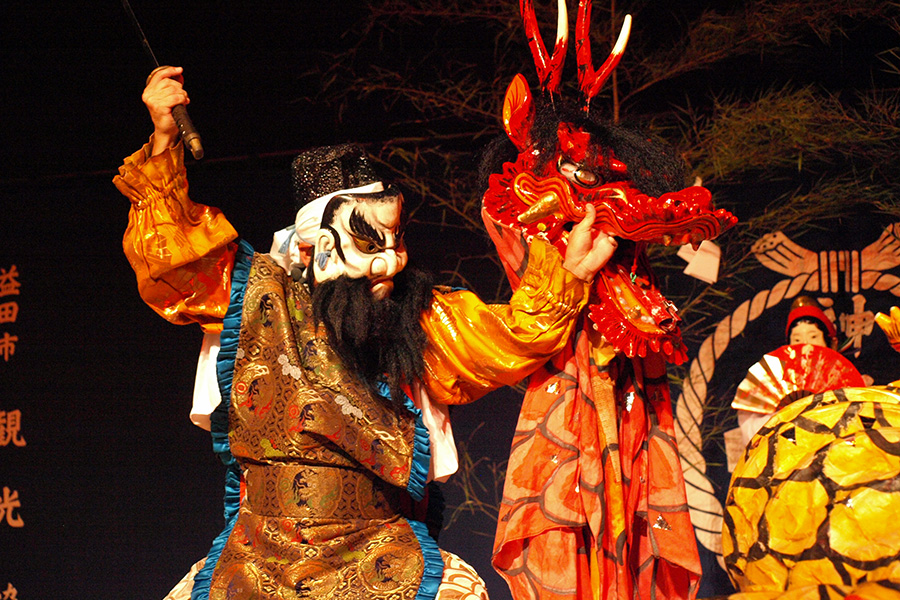 Kagura (ancient Shinto music and dancing) was originally dedicated to the local deity by a priest at the autumn festival every year to give thanks for a bumper crop. However, this has been passed down to the people of the land since the Meiji period (1868 to 1912) and is now performed as a folk entertainment. The kagura in the Iwami district in the western part of Shimane Prefecture is characterized by a splendid faster tempo dance and more gorgeous costumes than regular kagura. This style of kagura is performed with a musical accompaniment using large drums, small drums, hand clapping and flutes. The production of these performances has evolved into a modern style while remaining a traditional performing art. For example, fireworks are also used depending on the program.