HOME > What to See & Do > Mononobe Shrine 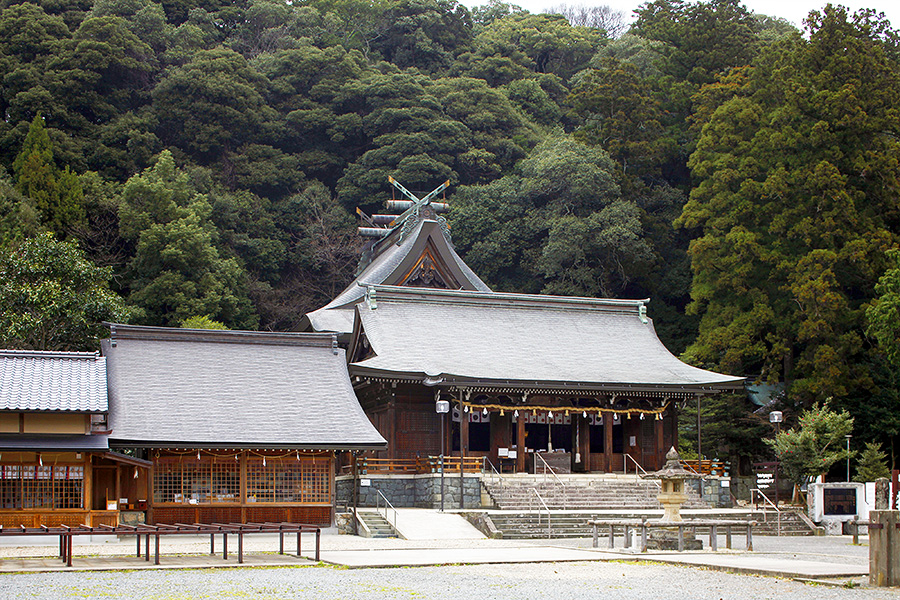 The main shrine here is the second largest in the prefecture after Izumo Taisha Grand Shrine as the leading shrine in the western part of Shimane Prefecture. The enshrined deity here is Umashimaji-no-Mikoto who was the forefather of the Mononobe Clan. According to shrine legend, after the move of the capital to the east by Emperor Jinmu, he led the warriors of Mononobe out to the west. He then got on a crane and descended to Mt. Tsurubu to make this land a peaceful and affluent area. He has been revered as the god of literary and military arts, the god of the repose of souls, and the god of winning luck since ancient times.