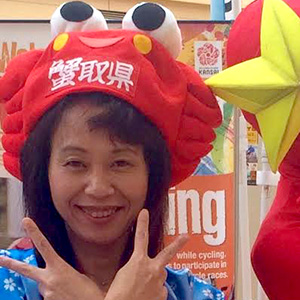 I have both national and San’in region’s English-speaking interpreter guide licenses.
Blessed with a beautiful natural environment, there are many things to see in the San’in region. Izumo Grand Shrine is one of the oldest and most important Shinto shrines in Japan. It is believed that all the gods from across the country get together and hold their annual conference at the shrine in autumn. The area around the Izumo Grand Shrine is also a place which is full of ancient mysteries and known as the home of Japanese myths.
Matsue Castle is a national treasure. This is one of the only twelve oldest and most traditional castles existing from Japanese feudal period. Built on a small hill, its grounds are mostly covered with green pine trees having a calm and tranquil atmosphere. You can look down in all directions of the castle town from the top floor of the five-story donjon on a solid foundation made of stones. You might feel like being a Japanese feudal lord or princess.
Adachi Museum of Art which boasts a collection centering on a number of masterpieces of modern Japanese painting is also famous for its fancy Japanese gardens. The gardens have won three Micheline stars meaning the highest award. A U.S. magazine which specializes in Japanese gardening has also rated them as the best ones out of 1,000 candidates for more than 10 years. The gardens are truly breathtaking.
Sakai-port which boasts landing a large quantity of fresh seafood such as snow crab and bluefin tuna is visited by many cruise ships from around the world. The port town is the home town of one of the greatest manga comic artists Shigeru Mizuki. The down town area is featured by around 150 bronze statues of Yokai, or Japanese monsters, from his popular manga works. Cute and funny monsters portrayed by the comic artist welcome you. I will be happy if I have an opportunity to help you explore the San’in region.

Please pass reCAPTCHA. The button on this will work.