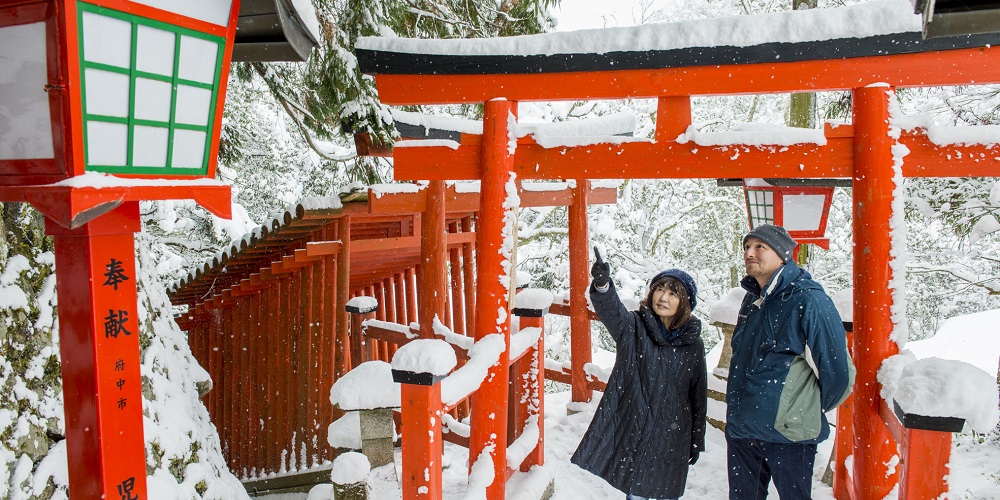 There’s Silver in Them Hills

Hi, I’m Tom Miyagawa Coulton and I’m a photographer and writer currently living on a small island in Hiroshima. I’m on another journey of discovery in the San’in area, this time to the World Heritage Site of Iwami Ginzan Silver Mine, the beautiful Tonomachi Avenue in Tsuwano and the Adachi Museum of Art with its famous Japanese gardens. 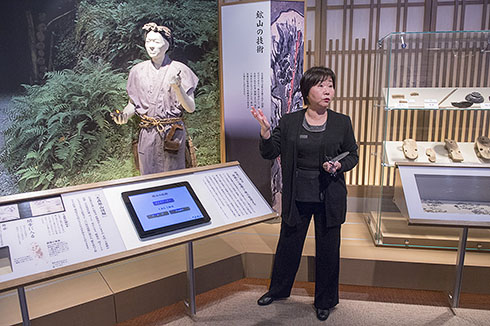 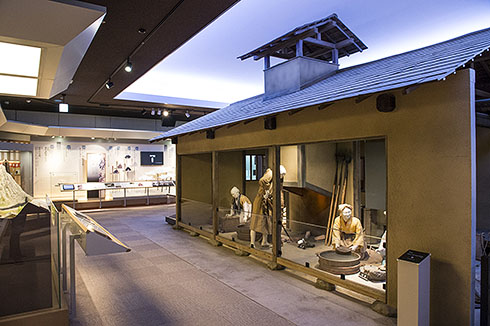 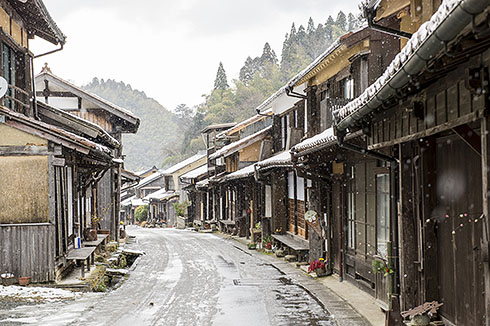 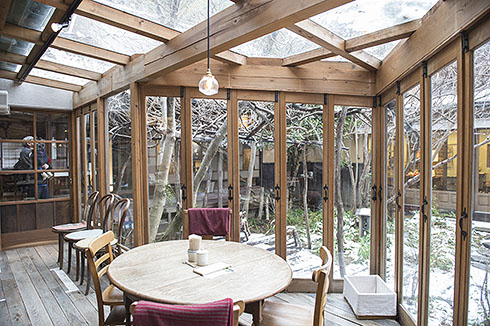 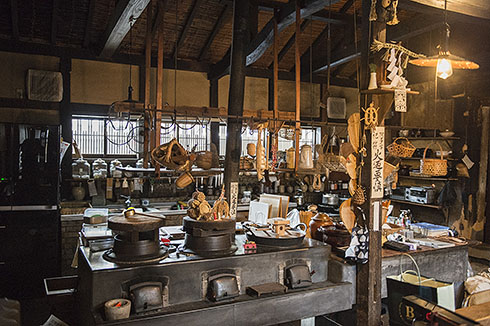 For centuries, the wooded mountains of Iwami were the source of wealth not only for Japan, but for pre-industrial civilizations both east and west. From the 16th to 20th Century, the silver mined from these peaks funded the Tokugawa government, but also found its way to Korea, China and Europe. The silver mines shaped the lives of the people of Iwami and its influence and remains can still be seen today. The Iwami Ginzan Silver Mines are vast and the whole area was designated as a World Heritage Site in 2007.
Before visiting the preserved tunnel at Ryugenjimabu (the only mine tunnel open to the public throughout the year) and walking the streets of the historical silver mining town of Omori, your first port of call should be the Iwami Ginzan World Heritage Center. The museum provides detailed exhibits and information in English, Chinese and Korean making it very accessible to overseas visitors. Walking through the museum, you can imagine the lives of the miners and their families.
If you’re lucky, you might catch an ad-lib drama performance Ms. Ishibashi puts on once a month with other colleagues at the museum. In the show, they dress in period clothes, use old tools and discuss their daily lives as if they were living in Iwami Ginzan during the Edo period (1603 – 1868). After they excavated the silver, Iwami Ginzan turned it into ingots, some of which would be forged into coinage by urban silversmiths. You can see where the silversmiths worked – just look out for any districts in towns and cities named ‘Ginza’ (like the popular shopping district in central Tokyo).

Unfortunately, the Ryugenjimabu was closed due to heavy snowfall. So instead of the tunnels, we explored the delightful historic town of Omori a short distance from the museum.
This town flourished with the silver mines and the old streets and period buildings have been carefully preserved. I stopped for lunch at the Gungendo, a beautifully restored traditional Japanese property that now houses boutique shops and a cafe. The same group renovated the Takyo Abeke a few doors down the road. This impressive house has been transformed into a one-of-a-kind Japanese inn. The attention to detail is breathtaking, with a careful balance between traditional Japanese interiors and contemporary fittings. Each aspect of the building was made with carefully thought, whether it’s the innovative reuse of antique Japanese glass in the windows or the traditional wood-fired hearth where the guests enjoy their evening meals. I’ll definitely be back. 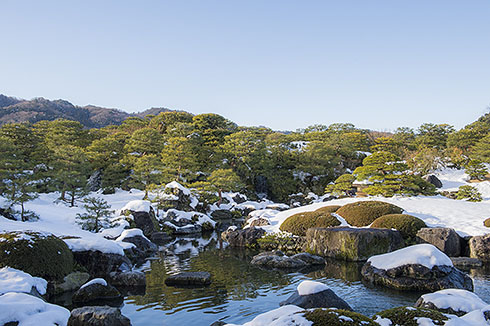 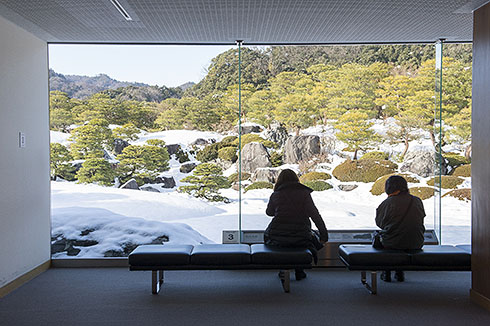 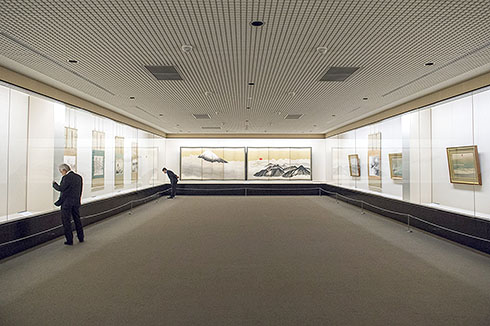 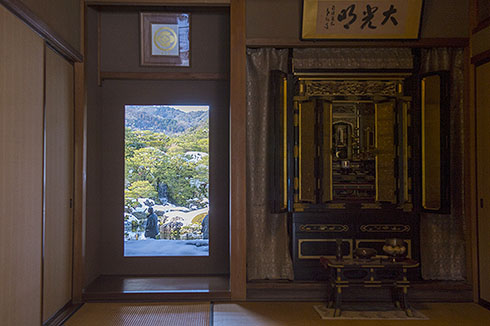 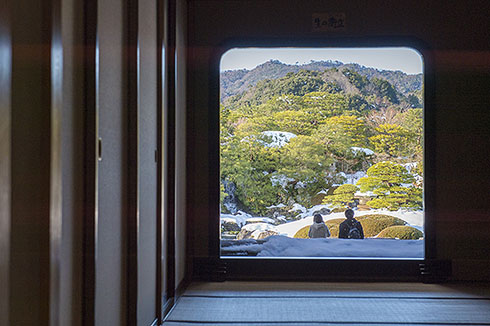 This is a mecca for anyone with a love for Japanese art and traditional Japanese gardens. With the large viewing windows framing each aspect of its gardens, it is clear the Adachi Museum of Art gives equal weight to its gardens as it does to its artworks – and so it should. These gardens have been voted Japan’s best by The Journal of Japanese Gardening for the last 15 years running.
The beautifully presented gardens go together perfectly with the exquisite painted scroll scenes displayed inside. The museum houses a vast collection of modern and contemporary Japanese paintings, but the focus is on the work of the famous Japanese artist Yokoyama Taikan. In fact, many of the museum’s gardens are made in homage to Yokoyama’s paintings. In the Yokoyama Taikan special exhibition room, they showcase his work and change the artworks every three months to coincide with the shift of the seasons visible in the gardens outside.

The person behind the creation of the gardens and the vast Yokoyama Taikan collection is the museum’s founder, Adachi Zenko. You can view the innovative windows he made in his family home (now part of the museum) including one scroll-like window in the traditional Japanese tokonoma alcove display area. According to legend, when a friend of Adachi’s mentioned the potential view of the gardens behind the wall of the tokonoma, he immediately began chiseling the wall away to install a window.
The season, the weather, the time of day, all affect the gardens and how you appreciate the art, meaning no two visits to the Adachi Museum of Art will ever be the same. I visited in mid-winter with a thick layer of snow covering the gardens. It was beautiful, but only made me want to come again to experience the gardens in spring, summer and autumn. 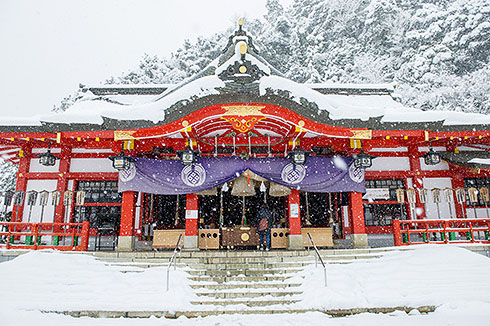 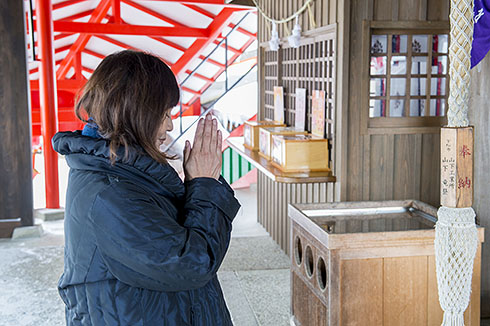 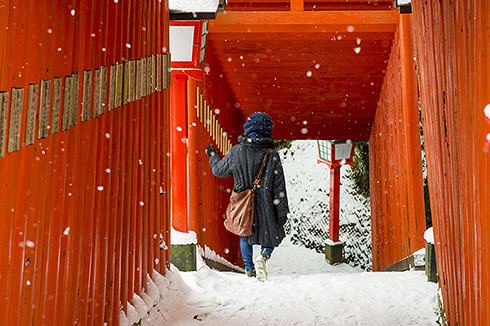 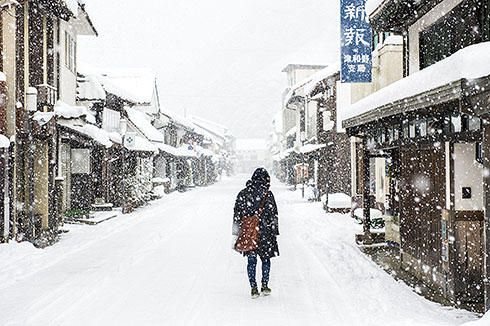 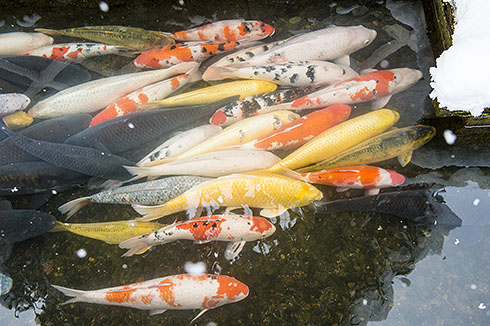 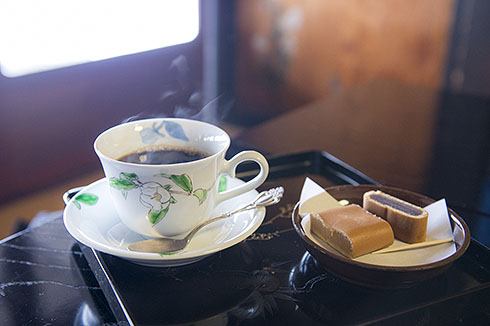 I met my Tour Guide-Interpreter Yukie Hashimoto in Tsuwano. The heavy snow kept most visitors away, but we forged on and climbed towards our first destination, the Taikodani Inari Shrine. The approach to the shrine is lined with approximately 1,000 red torii gates. Passing through them with the snow blocking out all other noise besides our footsteps felt like a meditation.
Taikodani Inari Shrine was built in 1773 by the Kamei clan as a private place of worship. It was not open to the public until shortly after the Meiji Restoration. Once we entered the grounds, Yukie showed me the correct order of praying at each of the four shrines inside the complex. Although it only appears as if there are two shrines at Taikodani, there are two extra guardian shrines located behind each of the larger shrines – the Hohaijo and the Myobusha – a fact often overlooked by visitors.
After paying our respects and walking back down through the tunnel of gates, we explored the old Tonomachi Avenue with its beautifully preserved historic buildings. This main street is well known for its large and colorful koi carp swimming in the waterways that run parallel to the road. According to Yukie, the carp were always present as an emergency food source for the town.

The Tsuwano Catholic Church catches your eye when you walk down the street. In Japan, Christianity was outlawed for over 200 years until 1871. Towards the end, the newly-formed Meiji government sent more than 150 ‘hidden Christians’ to Tsuwano from Nagasaki. Here, the authorities tried to force them to change their faith, but many resisted. After the government abolished the law prohibiting Christianity, many Christians returned to their homes in Nagasaki, while some chose to remain in Tsuwano.
In the snowy weather, Tonomachi’s famous carp huddled together, motionless in the streams to keep warm. We too started to feel the chill and took refuge in Sara no Ki – a cafe, restaurant, and shop all under one roof. Looking out onto their beautiful enclosed Japanese garden with a hot coffee and a bean cake (baked on the premises), I felt relaxed and recharged in no time.

The three destinations I visited on this trip were diverse, but I would go back to each in an instant. In Iwami and Tsuwano, it was interesting to see how the geography of both locations had a huge influence on the development the local culture. The Adachi Art Museum is somewhere you could visit again and again and come away with a different experience every time.
(Visited in January 2018)